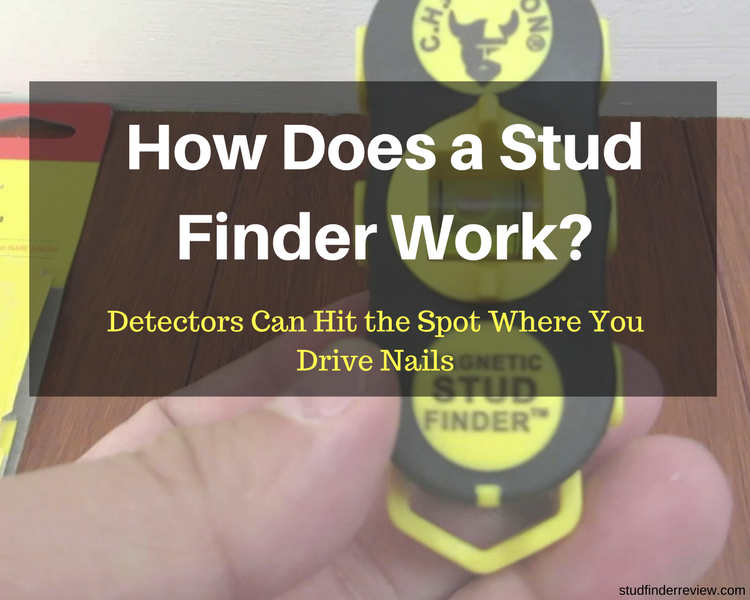 Before the advent of automatic stud navigation tools, contractors and DIY homeowners would resort to the old tricks of the trade. Though some of the techniques hit the mark, you could go close but no cigar missing the target. Today’s technologies pack endless stud-detection inventions coming down the pike.

Magnetic stud finder pioneered and spearheaded modern devices. Capacitive finders will do the job by sensing density fluctuations in a wall.

At the top of the heap, micropower impulse radar technology has a significantly greater scope than capacitive stud sensors. They can ravel out studs several inches deeper than their competitors. But locating studs depends on the system or mechanism integrated in the device.

Things To Consider about How Does a Stud Finder Work

You can observe a few simple tricks to avoid wasting chunks of time with the device.

Ensure the power grid or batteries will keep the stud finder up-and-running for the task.

Timber studs or beams leave an outline near a window and door to support the substructure securely, start by scouring here.

If you suspect AC live wiring beneath the walling veil, tool up with a stud detector that traces wires to avoid electrocution or property damage

Stud-finding depends on logic, knowledge of construction plan and instincts, a little patience will uncover targets

Electronic stud sensors home in variations in an electrostatic field or density if a target lies beneath. The lower reading suggests the existence of a stud underneath the wall. Capacitive stud detectors also boast scanning capability to locate rebar, pipes, AC voltage, and metal.

Capacitive edge-finders hone in the edges of a stud or other component beneath the wall. They sense a fluctuation in density when it’s directly above the edge of a stud.

The accuracy of this device will improve if you place it above an edge with the spacing between the surface and layers beneath it change quickly.

Calibrate the device above a stud-less portion of the wall, and then drag it across the surface until you detect a fluctuation in density to hit the edge of a stud.

The finder may not avoid all red herrings; it can indicate a point an inch or more from the target’s edge. Once you mark the edges of the stud, you can work out its center easily.

Center stud finders shine through the task by pinpointing once you hit the midpoint above a surface. The device measures a wall’s dielectric constant at an equidistant to hone in the center.

Instant stud detectors rely on an internal capacitor equipped with several sensory plates that immediately reports on the center, edges or multiple targets by computing an algorithm.

Radar detectors come with a transmitter to emit many small pulsations of radio waves angled at targets that reflect them back into a receiver reporting wood, pipes or electrical wiring. MIR uses extremely short electromagnetic vibrations to spot objects within a smaller scope. MIR sensors can hone in timber and steel studs in a wall, AC live wire, steel in concrete and plumbing lines.

8. Bag of Tricks for Operating

Our in-depth guide offers a mine of information for DIYers. But exactly How Does a Stud Finder Work to probe deep into the wall and detect targets?

The handheld devices identify framing studs nestled beneath the lining of a wall powered by unique technologies like internal capacitors found in electronic stud finders. To avoid investing in an all-show-and-no-go stud finder, purchase a model designed to scan multiple materials with a variety of settings.

Some newer inventions on the horizon like RF Radar integrating 3D imaging capability have made the stud-hunting task easy duck soup.

High-end instant stud finders sample multiple readings to compute the location of targets making them less prone to construction anomalies such as uneven plaster that can distort the midpoint or edge of studs.